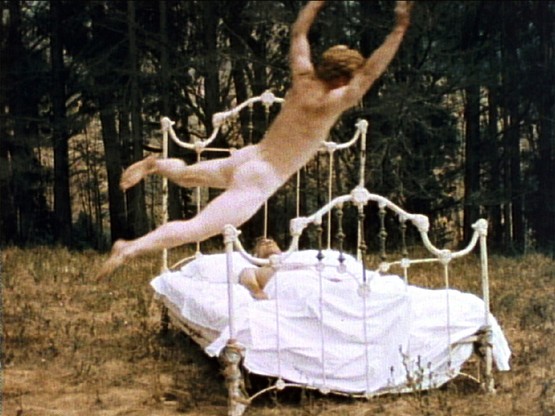 The life and work of West Coast poet and experimental filmmaker James Broughton (1913-1999) is celebrated in this new documentary. A bisexual who fathered the only child of legendary film critic Pauline Kael, Broughton was a sensualist with a huge appetite for life—well seen in his sunny, sexy 1967 16mm short The Bed. But he made other films as well, beginning in the pre-Beat Era 1940s and continuing into the 1980s. Throughout his colorful life, he lived by the motto “follow your own weird” and encouraged others to do the same.