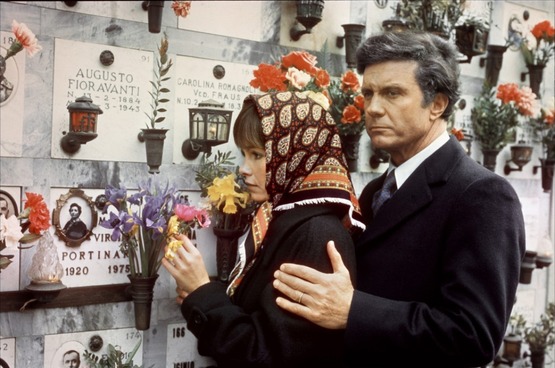 At the end of his career Bernard Herrmann composed music for “movie brats” like Brian De Palma and Martin Scorsese. In 1977 he earned two posthumous Oscar nominations for two of his final scores—one for Taxi Driver and the other for this Vertigo-like psychological thriller. De Palma’s film, which was written by Paul Schrader and shot by the great Vilmos Zsigmond, tells of a New Orleans businessman (Cliff Robertson) who becomes fixated on a young woman who looks just like his late wife (both played by Genevieve Bujold). With John Lithgow.