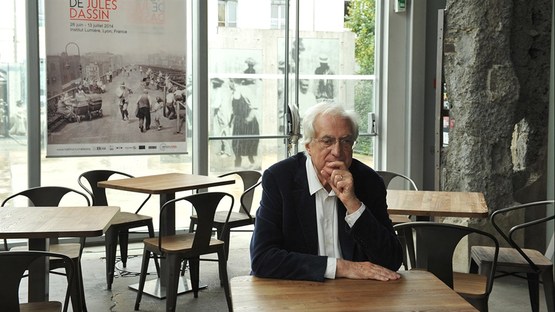 French filmmaker Bertrand Tavernier died in March at age 79. Tavernier was a noteworthy figure in the history of the Cinematheque—not because we played many of his 25+ features over the years (from Life and Nothing But and L.627 to Captain Conan and The French Minister) but because he directed the first film ever shown by the Cinematheque, A Week’s Vacation. It played on July 14, 1985, in CWRU’s Strosacker Auditorium.

This 1980 release was five years old when we showed it. It was one of many movies on a mental list I kept of recent films that had not opened theatrically in Cleveland (hence the need for the Cinematheque). A Week’s Vacation was also French (and thus suitable for a Bastille Day screening) and, most importantly, it starred Nathalie Baye, an art-film headliner at the time (thanks mostly to 1982’s The Return of Martin Guerre). Since I was staking my own money on the inaugural Cinematheque screening, this “oldie” seemed the safest bet I could make. And my instincts proved right: a total of 502 paying customers attended the two screenings that Sunday night! So I recouped my seed capital and the Cinematheque got a grand sendoff—with money in the bank for future shows.

Though I selected A Week’s Vacation for mostly mercenary reasons, it proved an appropriate artistic choice as well. By 1985, Tavernier had directed such art house favorites as The Clockmaker (starring Philippe Noiret), Coup de Torchon (with Noiret and Isabelle Huppert), and A Sunday in the Country. His Oscar-winning jazz movie ‘Round Midnight would be released the following year. (Oddly enough, another of Tavernier’s music films, his 1983 documentary Mississippi Blues—also on my backlog of Cleveland no-shows—was one of the earliest movies we presented in our new home at the Cleveland Institute of Art. It played in November 1986, only three months after we had relocated there.)

Tavernier’s quick rise to prominence let it be known that he was more than an accomplished moviemaker. He had been a film critic, film historian, and film publicist, and was well schooled in classic French and American cinema. But unlike the critics-turned-cineastes in the French New Wave, who disparaged France’s film industry and its hidebound “cinema of quality,” Tavernier embraced the “stodgy” studio stalwarts of the previous generation. Yet he also championed Renoir, Ophuls, Vigo, and other auteurs with the Nouvelle Vague “seal of approval.”

An avid movie buff all his life, Tavernier was France’s Martin Scorsese. Like Scorsese, who made the 225-min. 1995 documentary A Personal Journey with Martin Scorsese Through American Movies and a first-person, four-hour 1999 overview of Italian cinema entitled My Voyage to Italy, Tavernier in 2016 assembled the three-hour-and-21-minute My Journey Through French Cinema and then followed it in 2017 with Journeys Through French Cinema, an eight-part, eight-hour TV series.

Though I never met Tavernier, and he never knew of us, his part in the Cinematheque’s auspicious start was both significant and symbolic. Knowing what a cinephile and scholar he was, I long regarded him privately as a guiding spirit or guardian angel for our fledgling cinema enterprise. Now that he’s gone, maybe he really is watching over us.