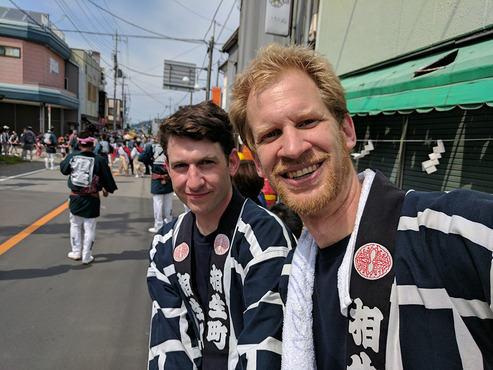 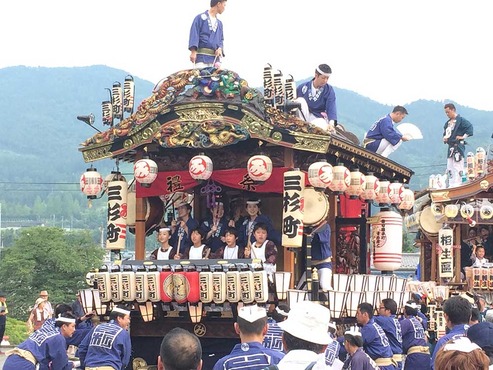 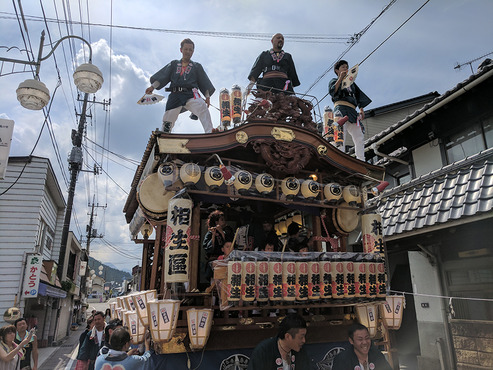 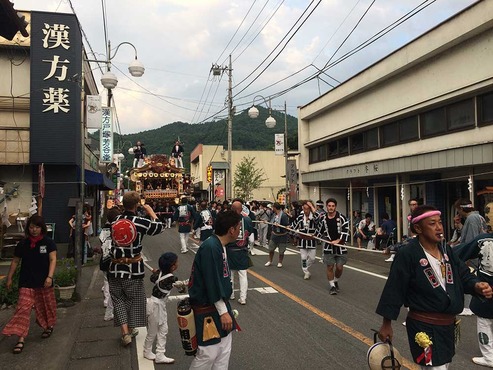 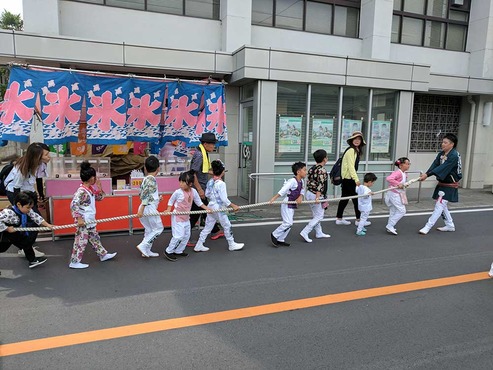 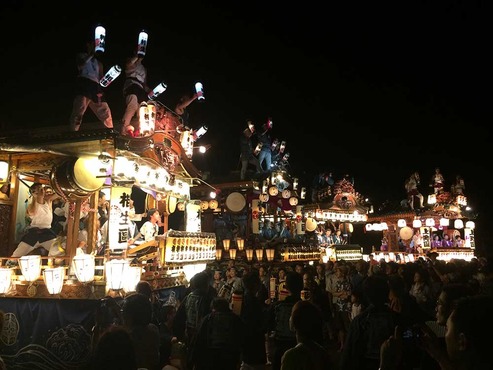 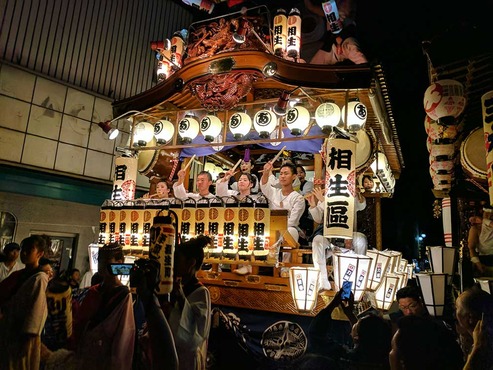 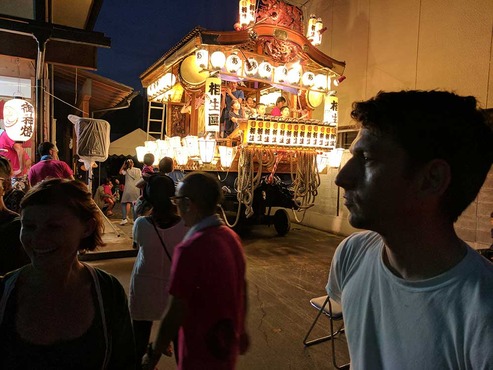 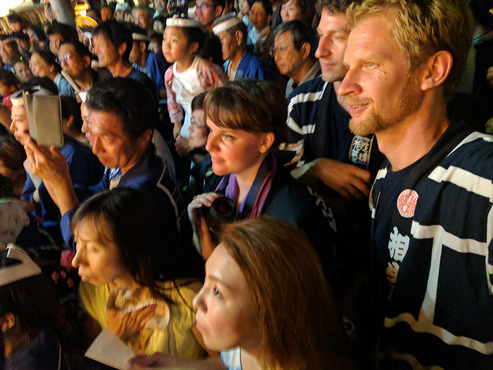 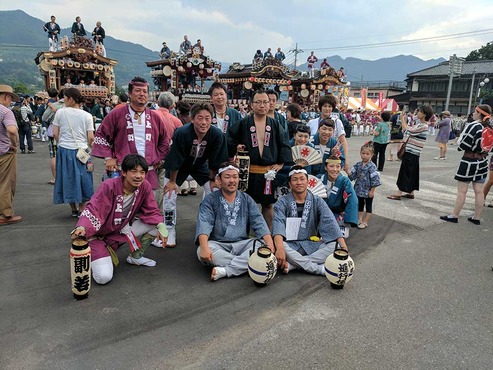 CIA faculty members Tony Ingrisano and Jimmy Kuehnle are in Japan for six weeks this summer for a residency at the Shiro Oni Studios, which lies two hours north of Tokyo in a small town called Onishi. They'll share their experiences on the blog along the way. This is their third post since arriving in Japan on June 26.

The festival drew huge crowds to this otherwise sleepy town, with everyone dressed up and excited to be a part of this overwhelming event.

Aoi-cho, the neighborhood group with whom we had been practicing drums for so many weeks, brought out their dashi (shrine) late Friday night, which we pulled through the streets for two loud, scorching, brilliant days. Team members played drums inside the shrine for hours on end, while others pulled giant nautical ropes to roll these extraordinarily heavy structures through the streets.

Four other neighborhood groups pulled their Dashi through the street as well, often meeting at intersections and playing together. In the evenings all five Dashi gathered together and put on spectacular displays of rooftop lantern dancing and ferocious drumming.

It was such a special experience, unlike anything we’ve witnessed or experienced before. Words cannot do it justice; please enjoy these photos from the event.

Working right up to the beginning of the Matsuri, we revealed our interactive art project, "The Saitama Seekers," at dusk each night of the festival. They were a huge success! The electronics worked beautifully and our creations lit up to the sound of the drums. People were enthralled by the creatures, and we had so many interactions with festival participants and onlookers that would not have happened otherwise. While I am proficient in Japanese, Tony is not, and this afforded us a great opportunity to interact with and engage Japanese speakers without language barriers. The interactive performance left us, and we hope the people at the festival, awestruck. We’ve had many smiling locals stop us in stores and on the streets since, recognizing us as the two tall Americans whose towering, illuminating creatures danced through the crowds at night.