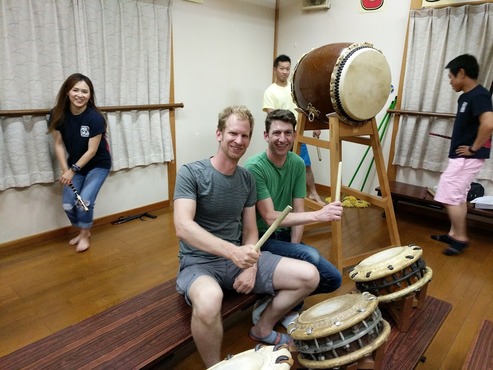 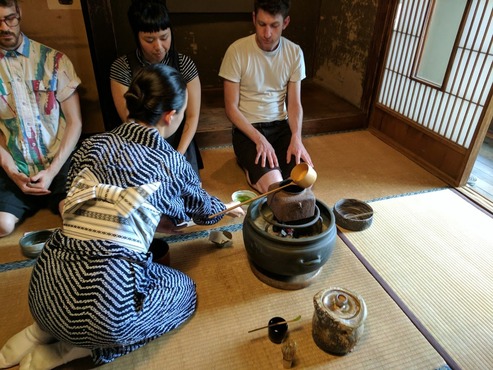 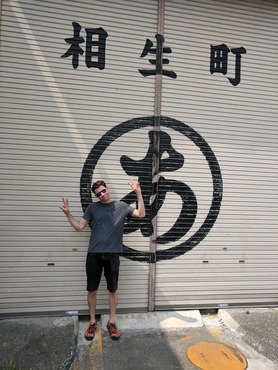 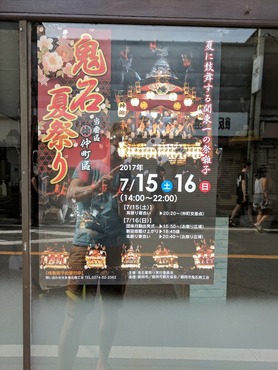 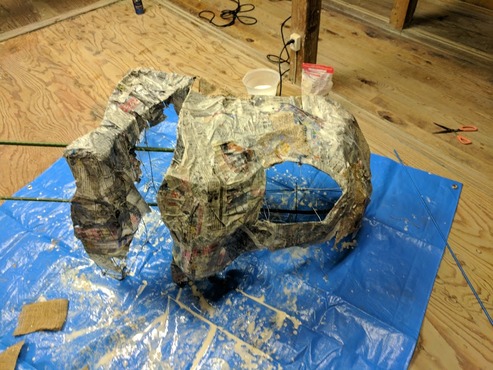 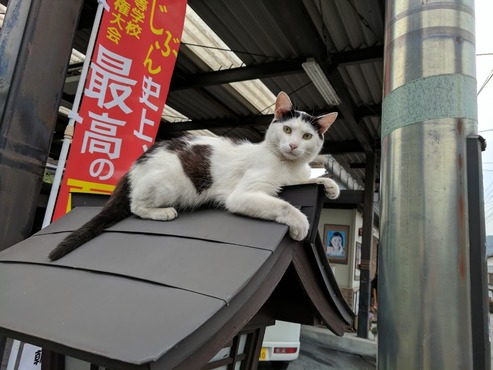 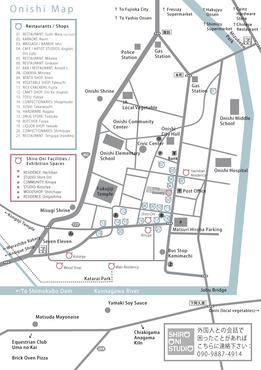 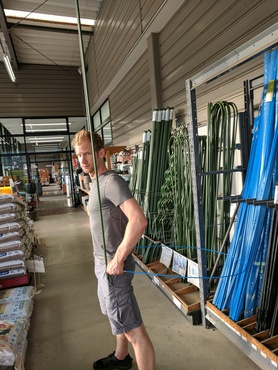 CIA faculty members Tony Ingrisano and Jimmy Kuehnle are in Japan for six weeks this summer for a residency at the Shiro Oni Studios, which lies two hours north of Tokyo in a small town called Onishi. They'll share their experiences on the blog along the way. This is their first post since arriving in Japan on June 26.

Tony and Jimmy
We have been here for less than a week, but already a whole lot of exciting things have happened. For example we have participated in a traditional Japanese tea ceremony, we have met the local residents of Onishi and we began learning how to play the taiko drum for the upcoming traditional drum festival. Considering how many things have happened in such a short time, and how much more we anticipate happening soon, we figured this was a great time to update everyone on our project.

We plan to accelerate our drum playing skills from our initial experiments with the drywall buckets. We have been upgraded to using wooden drumsticks on old discarded rubber tires. If all goes as planned, we will be able to participate in a small portion of the festival riding in the shrine and playing the real drums.

What do you think about Onishi and the residency so far?

I was really surprised about just how far out into the countryside this location is. It’s very remote. But the local residents have been very kind, and with a few Japanese phrases you can get by pretty well. As far as the residency is concerned, there are nine other artists, and we’re getting to know them a bit. I'm feeling really excited to start making.

I have been to Japan a number of times before and went to undergraduate school with Kjell Hahn, who runs the residency. It is interesting to work with another artist on a collaborative project. Onishi is out in the countryside, but the people are so warm and welcoming. When I come back, they treat me as if I'm part of their family. The residency has grown and expanded so much since its beginning, and it's wonderful to meet the other artists in the residency and to work with Tony to really produce new work that will be different than anything that we've done before.

How did this all start?

I met Tony when he started teaching at the Cleveland Institute of Art, and we had an immediate connection on multiple levels. Although our work and strategies for making are at times quite different, we began discussing the idea of going to Japan in an organic way. Like many ideas in the studio, I often think that the idea that keeps percolating up into your head is the one that you actually want to do. We have curriculum at the Cleveland Institute of Art that encourages collaboration and Engaged Practice. Tony and I thought about this, and said we should put our money where our mouth is and intentionally collaborate on a project that inserts ourselves into a foreign community in a genuine way rather than just telling our students to do something that we may not always be doing in our particular practices.

One of the most exciting aspects of a project like this is how much our studio practice differs.

I knew from our conversations that I could learn so much from Jimmy, so whatever challenges this collaboration presents, I expect that the payoff will be greater. Collaboration like this is a huge chance. It presents a lot of risk. But taking big chances is precisely what has led us to where we are now in our careers, so it’s great to work with someone who sees the value in continuing to push boundaries and challenge oneself. It’s great to have the chance to pick Jimmy’s brain, and also experience this culture together that is so new to me but quite familiar to him.

What is your project about?

Many towns and cities in Japan have festivals in late July. They go big for these, it’s a huge event that takes months of planning and the place really explodes. Even small towns like Onishi really come alive.

Onishi is renowned for the role drumming plays in its festival, different communities play their specific songs all day long in a sort of drum-off. Kids start learning from infancy and everyone in a community gets a turn playing. So we wanted to create a project that integrates into this festival that is so historically ingrained and important to the culture. We are building suits that will act as participants in the festival, and since the drumming is so critical, these suits will light up in reaction to the sound of the drums. Whichever drum community we are closest to, the suits will be reactive to their surroundings.

Has anything unexpected happened so far?

Surprisingly, yes. I have known Kjell for more than half my life and I visited Onishi before. I’ve participated in festivals in Japan and lived in Japan for more than three years previously. As the residency started I began to really recognize the place and to meet people that I've seen before and to see other artists and colleagues welcomed and accepted by a community in ways that would not happen if we were just here by ourselves. Kjell, who runs the residency, has really done a lot of work to make sure that the resident artists are able to fully engage with the community and that the community is able to engage with the artists. I passed another artist’s studio who had bought some kimonos at a flea market. Inside a number of Japanese people were talking to her about her project and how she planned to use the kimonos. In addition the intensity of our neighborhood, ç¸ï¿½"ï¿½ï¿½"ï¿½ Aoimachi, is really overwhelming. We've been to drum practice nightly and constantly hear the beat of surrounding neighborhoods drum practice as everyone prepares for the festival.

I usually do some research about places before traveling to them, but it’s funny how you simply can’t plan for an experience. For example, I knew that fish and white rice were ubiquitous in Japanese cuisine, and fish or pork is used in almost every dish. As a vegetarian, this obviously got my brain and stomach nervously buzzing, but I told myself I could handle it. I have navigated meat heavy counties before. But upon arriving, I was blown away: being a vegetarian in Japan is possible, but it means eating almost none of the foods. You don’t want to miss out on such a key component of the culture, and you aso don’t want to eat only white rice for five weeks. So that was surprisingly hard.