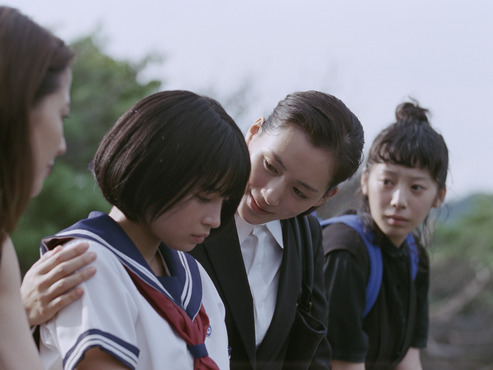 Is there still a year-round audience for new foreign-language films in Cleveland?

Or are most northeast Ohio moviegoers content to watch them only once a year, when they play as part of the Cleveland International Film Festival?

I ask these questions because attendance at new foreign-language films, which have been a cornerstone of our year-round programming for 30 years now, has declined dramatically over the decades. Many (maybe most) of the new subtitled films we show no longer recoup their minimal costs, and some perform abysmally—fewer than 25 people total at two screenings! (Foreign-language classics are a different story, and can still draw well.)

Why is this? Is it that the audience for new foreign films has grown older and is dying off, leaving younger people who, despite being much concerned about the state of the world today, don’t like to read subtitles when they go to the movies? (I’ve heard it’s “too much work.”) Is it because everybody is now watching these movies on cable, DVD, or Blu-ray, or streaming them online? Is it because the films no longer get reviewed in The Plain Dealer or on Cleveland.com—a casualty to the new reality that essentially finds us voting for the type of newspaper articles we want to read? (The number of clicks that online stories receive is factored into editorial decisions about future coverage. What ever happened to news—as in “new things we didn’t know until we read about it here”?)

Yes, new foreign-language films in theaters are definitely an at-risk commodity these days. And the Cinematheque isn’t alone in witnessing this downturn in interest. There seems to be way fewer foreign films playing for weeklong runs at the Cedar Lee Theatre than there used to be (though I don’t have any hard figures to back up this claim). As I write this, the Cedar Lee is showing 10 different movies. Only one of them, a Japanese action epic and period piece based on a popular manga, is subtitled. And it’s playing only twice—two special weeknight showings. Of the 26 “indie & foreign” movies coming to Cleveland Cinemas theaters (as listed on their website today), only four of them are in a foreign language. And one of them is a Godzilla movie also receiving limited screenings.

Even when foreign films open at the Cedar Lee, they are often ignored by the media. On Friday, October 7, the theater opened two subtitled films: an acclaimed ghost movie from Poland, Demon, and an Italian movie that should have been one of film buffs’ most anticipated films of the year, Mia Madre. (Mia Madre is the latest work by Nanni Moretti, a major Italian director who once won the Palme d’Or at Cannes.) Both films opened commercially to very good reviews across the U.S. But not in Cleveland. The Plain Dealer/Cleveland.com not only did not review either film, Friday! magazine didn’t even list them among the movies “also opening” but not reviewed in the paper! Talk about no respect!

From time to time the Cedar Lee announces, advertises, and even runs a trailer for a movie that ends up not opening there. Since July, there have been three movies in this category that then received their exclusive Cleveland premieres at the Cinematheque: Arnaud Desplechin’s My Golden Days, Hany Abu-Assad’s The Idol, and Hirokazu Kore-eda’s Our Little Sister. What do these three “rejects” have in common? They are all foreign-language films. When multiplex movie theaters don’t have enough space on their screens for everything they want show, the first to go are usually subtitled films.

I should mention that foreign-language films can also flourish at other local film festivals, and not just at the Cleveland International Film Festival. We recently had a near sellout for a 9/17 screening of the 2015 Israeli film The Kind Words that was shown as part of this year’s Mandel JCC Cleveland Jewish FilmFest.

But why do foreign movies presented once or twice as part of a “film festival” draw significantly better than those that play once or twice—or for a whole week—as part of the stellar year-round programming at the Cinematheque and the Cedar Lee? Perhaps it’s just a matter of marketing muscle, or of a festival’s ability to reach a niche audience. It certainly isn’t because the films shown year-round are less good or less acclaimed than those shown in festivals.

This list demonstrates that many of the year’s most acclaimed international films receive their only Cleveland showings at the Cinematheque. If we did not show these films, the vast majority of them would not play theatrically in the area. And if the latest films by the world’s greatest directors didn’t play Cleveland, it would be a black eye for a region that prides itself on its arts and culture.

My commitment to bringing the best foreign-language films to northeast Ohio is as strong as it was in 1986. But can the same be said about the audience’s commitment to seeing and supporting them?