As your years begin to dwindle, the term “Student” feels further and further away. Yes, it’s kind of impeding and truly, it’s a bad mix of self-love and self-hate. I’ll tell you why. There’s nothing like wondering if you’ve accomplished enough to at least land—yes, just land. I don’t think it matters if both feet hit the ground or not. It’s hard enough being in the same boat with thousands of other students twisting the same oar. So why shouldn’t we just want to land? As designers, we tend to think a lot larger than we really have to. Jeff Sheldon, entrepreneur and founder of Ugmonk has discovered a way for designers and people of all lifestyles to act big, but stay small. And it worked for him.

I think I’m very lucky to have come across a blog post created by Jeff Sheldon. And before you say it, yes, he does all the things we normal people do. Jeff juggles life and newborn babies, the re-launching of his company’s brand, and truly makes the effort to keep things as minimalistic as possible. His reasoning for starting Ugmonk and “staying small” was to design things he likes, such as posters and tee shirts without adding a pressure to define his work for others. Jeff doesn’t really consider his work design. And yet, it’s really not fashion, either. Ugmonk is more of a journey to create things Jeff hasn’t necessarily done before. 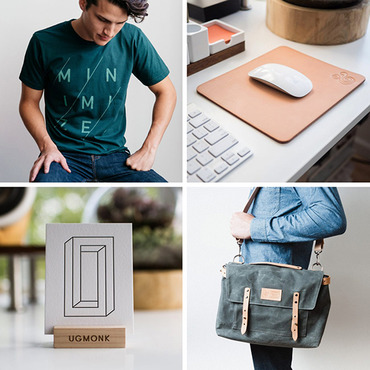 There’s really no correlation as to where Jeff found his entrepreneurial spirit. He talks much about being inspired by Johnny Cupcakes and modeling himself behind that inspiration. Ugmonk was and is still truly about building a sense of hope. As nothing is created without some sort of selfishness or wanting to move forward no matter what, Jeff builds loyalty through a lot of guess work. The thing that makes Ugmonk so valuable is that the founder has a real story. Jeff as a designer is a realistic model of what a small time student can achieve. This is someone without an MBA, someone who is still studying the market, and someone who didn’t know a whole lot about crafting a business. 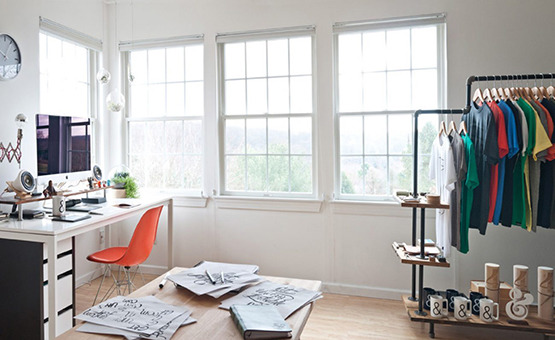 Jeff is successful, because he shared his story and continued to be open about his creative processes. Though he admits he doesn’t share everything about how his business is run, he does pour from a large cup. One of the things he lives by is staying small on purpose. He wants things to be sustainable, and thinking in this sense can keep our economy moving forward. Things that back the idea of “staying small” are no huge meetings, no revenue expectations and a large amount of freedom, which is very important to make yourself happy. Jeff has realized the lifestyle that worked for him and his career.

QUICK TIP: Create the things that make you happy, always.