A company’s placement in the market is often affected by hundreds of variables. From trend-spotting, to return on investment and brand perception, consumers are not always willing to snag the bait. That’s the reason why many rising companies—brand leaders such as Apple, Google, and Samsung—are looking to twist the dial, speed things up or even shake the market each year. This is where the idea of Disruptive Marketing appears, and is something—myself as a Graphic Designer included—that all visual designers should begin to pay closer attention to early on in their careers; And even more-so, because Disruptive Marketing is used to create a new market that disrupts a current market or trend. Let’s look at how Apple makes its attempt to displace the laptop market in Summer of 2016. 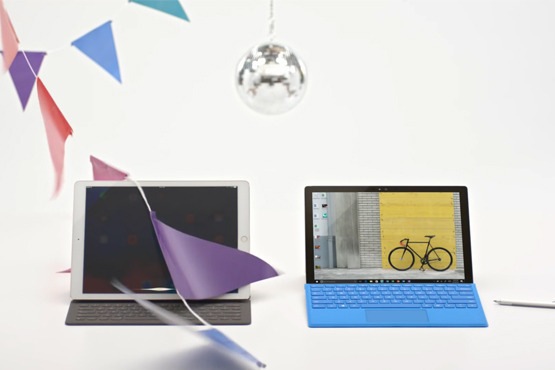 As part of its branding, Apple’s key role is to be innovative, ergonomic and focus on those emotional touch-points that spark creativity in its consumer base. For me, Apple did more than provoke imagination in its early release of the IPad. It took a leap of faith. During this time, I remember reading a post and the commenter couldn’t understand the company’s intention with the new device, leading to an eventual rant, comparing the IPad to 2007s Netbook release. Though Steve Jobs’ new device wasn’t specifically designed in response to the Netbook, its release seemed quite strategic. Indeed, Jobs’ IPad was fresher, more transformative and would allow it to compete in such a market, but I saw a whole lot more to this new idea than reinventing the Netbook. Jobs responded to the critics with a tough comparison of his device to the entire PC tech-scape, solidifying his philosophy on ease-of- use, and how his device makes usability better for mobile device users. 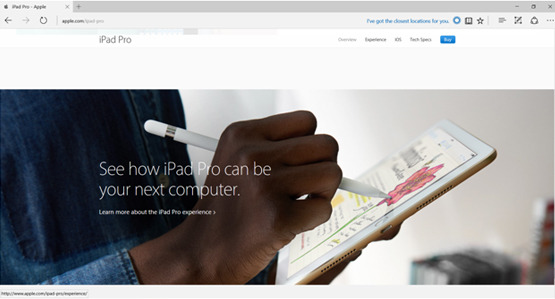 A look at www.apple.com. The company promotes the device as “just” a computer. When we take that frame of thinking, and look at Apple’s new marketing for its IPad Pro, the device is now known to have, “Incredible power that leaps past most portable PCs.” Immediately, I placed that statement in contrast with Jobs only referring to the IPad as a mobile device. If that’s the case, the phrase should really read as, “Incredible power that leaps past most mobile devices.” This is the first clue that lets us know Apple is looking to push the IPad Pro to target other consumers. While mobile devices such as cell phones and tablets operate on a separate market than portable PCs or laptops, the lines are often blurred with the amount of interconnectivity between PC and mobile device. This is Apple’s gate of opportunity, because they have a device that’s already portable and in combination with accessories, becomes a forerunner in its own market. Once again, Apple takes an avenue its competitors may not ever want to venture. 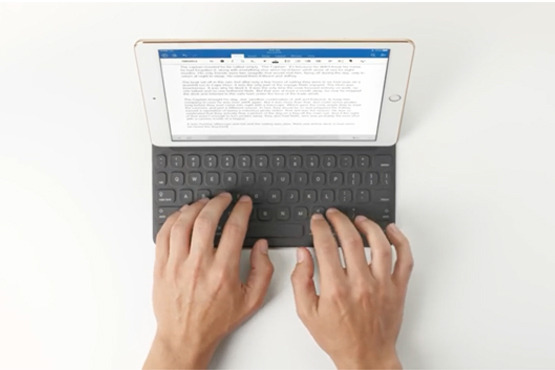 A look at www.apple.com. “What’s in a computer?” Ad. There are two main reasons this form of marketing means trouble for companies like Hewett Packard, Dell and Acer who all have great success in the laptop industry. The first is that Apple already has an overwhelming presence as a leader in technology, breaking 18 billion dollars in profit and 74 billion in revenue in 2015. With such a vast consumer base, the idea of taking a risk with Disruptive Marketing seems less threatening, then—say-- Dell doing such a thing. The second is that in recent years, the laptop industry made a move towards touch-screen functionality, something Apple has done well since the launch of the IPod Touch. As an added bonus, Apple has done some cohesive marketing in conjunction with the Surface Pro 4 by Microsoft.

And we say, “How does that affect visual design?” Well in many cases the challenge is in knowing the brand. When Steve Jobs led Apple into its role as an industry leader, there was a clear decision to use their products to pinpoint ease-of- use and better functionality for all mobile device users. For a Brand Manager and his designers, taking on a role such as this means implementing brand ideas from—let’s say—Apple’s current CEO, Tim Cook. This entails sending messages about a familiar product using a different development system. A challenge like this can do more than disrupt the market; it can significantly disrupt the consumer base if done wrong. Luckily, Apple’s brand uses a look we all recognize from the IOS on our cell phones, making the Apple brand feel, well, forever familiar. In this way, the most important skill displayed here is market research. Otherwise, I say use what you got. Do an En Passant.

QUICK TIP: When branding for anyone, company or individual, ask their target audience for help. I’ve extended the brand for a company back in Spring 2015. Much of it was, to say the most, confrontational, because I had the opportunity to go out and test my ideas. My strongest bit of advice is that you give yourself two avenues with your branding and identity projects. You never know when a company will land in Apple’s position and needs a push in a new direction.