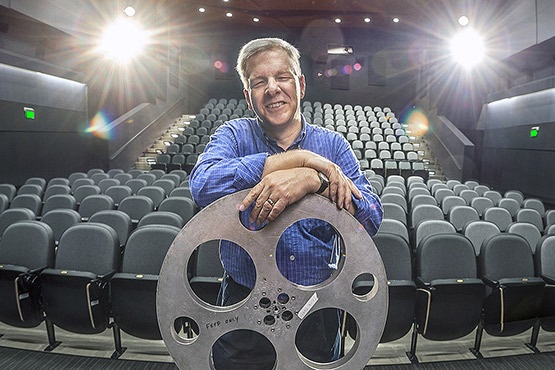 Are Oscar voters racist? Some have implied as much. This is because, for the second year running, there are no people of color among the 20 actors nominated in the Academy Awards’ four acting categories this year. But before we jump to conclusions, let’s take a look back at Oscar’s history during the previous years of this century. In 2001, three people of color were nominated and two of them won the Oscar. In 2002 and 2003, one was nominated each year. 2004 saw five nominees and two winners. 2005: one nominee. In 2006, there were again five nominees and two winners. 2007: one nominee. 2008: one nominee. 2009: three nominees and one winner. 2010: no nominees. 2011: three African-American or Hispanic nominees and one winner. 2012: two nominees. 2013: two nominees, one winner. This brings us back to 2014 and 2015: no nominees.

I don’t know about you, but when I look at this big picture, I see the last two years as more of an aberration than a trend. This seems especially true if we blame all the old white actors in the Academy for the lack of diversity among acting nominees. (Only actors vote for actors during the nomination process.) Since these voters are old, one can assume that they have been in the Academy of Motion Pictures Arts and Sciences for many years—including the 15 preceding years when 29 people of color were nominated and nine of them went home with the prize. Did these voters suddenly turn prejudiced?

But if bias, discrimination, and racism are not factors, then why were so many worthy actors of color (David Oyelowo in Selma, Idris Elba in Beasts of No Nation, Will Smith in Concussion, to name but three) overlooked these past two years? Well, it could have been that the actors who voted for the eventual nominees honestly thought that their choices gave better performances than those they didn’t vote for. But I think it’s more likely that voters did not even see some of the movies that contained performances that could have been nominated.

Idris Elba, for instance, appeared in Beasts of No Nation, a wrenching, violent movie about child soldiers in Africa. It’s a serious film about a significant problem. It’s also a tough film to watch. Given the choice between seeing it and, say, Carol or Brooklyn, how many people would choose Beasts of No Nation? Actors are human beings, after all, and they, like most people, prefer being entertained and uplifted more than being disturbed. As much as we might like to believe that Academy voters dutifully watch every eligible movie before casting their ballots, they don’t. (There are just too many movies.) Academy members probably choose to watch pretty much the same films that people who aren’t in the industry choose to watch. This is why Carol and Brooklyn play for weeks in theaters and the unsavory Beasts of No Nation lasts only one. I wonder how many of the people accusing Academy voters of bias saw Beasts of No Nation.

Another consideration: Beasts of No Nation is owned by Netflix in the U.S. and was released online the same day it hit movie theaters. (Four major American theater chains boycotted it because of its concurrent availability on Video on Demand.) Netflix is an aggressive, growing Silicon Valley company ramping up its own film production; meanwhile its film subscription service threatens traditional moviegoing. I wouldn’t be surprised if Netflix’s involvement with the film was also a factor in its being shut out of Oscar nominations. (Hollywood is a company town.) The Academy also shunned Chi-Raq, Spike Lee’s most infectious and inventive film in years. (An Oscar for Samuel L. Jackson is long overdue, in this old white guy’s opinion.) But Chi-Raq was the first film produced by Amazon Studios, and Amazon is another upstart outlier threatening Hollywood’s hegemony.

So what about David Oyelowo and Will Smith? Oyelowo was definitely overlooked, but so are many worthy actors every Oscar season. This year alone, where were the nominations for Kitana Kiki Rodriguez in Tangerine, Ian McKellen in Mr. Holmes, Johnny Depp in Black Mass, Michael Keaton in Spotlight, and Jane Fonda in Youth, to name just a few? Brie Larson was more impressive in 2013’s un-nominated Short Term 12 than she is in Room. With acting categories limited to five nominees apiece, there are going to be snubs and disappointments every year. As for Will Smith in Concussion, that movie was prime Oscar bait: a “major motion picture” about a hot issue with a big star donning a foreign accent. The studio even paid for an Oscar campaign. All this often works, but this time it didn’t. I think the main problem with Concussion is that it got lackluster reviews, so some people (like me) probably passed on seeing it.

I’ve already devoted way too much space to awards that I regard as unfair, arbitrary, and ultimately pretty meaningless. But since a number of Cinematheque regulars have asked me, incredulously, why Mad Max: Fury Road was nominated for Best Picture, let me state that this is one movie the Oscars got right. Mad Max: Fury Road is one of the greatest action movies ever made and, internationally, one of the most acclaimed films of 2015. (There’s even a long Wikipedia page: “List of accolades received by Mad Max: Fury Road.”) It doesn’t soberly address a serious societal problem, as so many earnest Best Picture nominees do. Nor does it drill down into the psychology of complex characters as in a good play or a novel. Mad Max: Fury Road functions more on the level of myth. It’s good guys vs. bad guys (though with a feminist streak), and the conflict is enhanced by sensational settings and cinematography, quick cutting, witty props, inventive costumes and make-up, and absolutely jaw-dropping stunts (with no digital enhancements, I hear). Fury Road is the kind of thrilling, larger-than-life spectacle that made many of us (or at least many of us guys) first fall in love with the movies. I applaud the Academy for recognizing its considerable merits.