Continuing with the theme of sculpting applications that I’ve been doing lately, I would like to talk with you guys about the two big names in 3D sculpting right now: Pixelogic’s Zbrush and Autodek’s Mudbox. Both have their advantages and their disadvantages, and I’ll be going over my personal experiences with both of these. Both are used in the industry and even at the same time. It all comes down to preference which one you want to use, but most of the time you’ll have to use a specific one for a specific task. 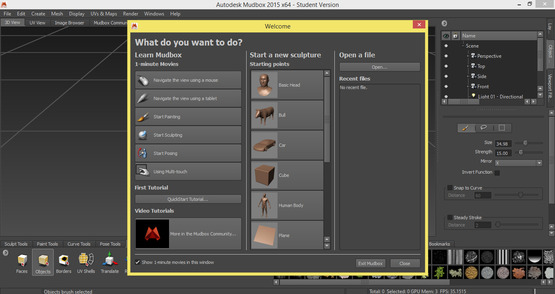 I’ll start with Mudbox since that’s the one that I’ve had the most experience with. Mudbox is a Digital sculpting and texture painting application. It’s part of Autodesk’s 3D software line so it has direct integration. Maya and 3DS Max are the main modeling applications you’ll see in the industry and it’s nice that you can send files back and forth between them. Overall, I found Mudbox very easy to learn and get used to. The interface is fairly simple and most of it is very straightforward. I’ve found sculpting to be a lot of fun, and texture painting to be less of a chore in it. I felt that texture painting was a lot like painting in Photoshop, just on a 3D surface. With the integration of Ptex you don’t even have to UV unwarp your mesh which saves a lot of time. I like being able to do retopology in Mudbox and send it straight to Maya with bump maps and textures. That way it’s ready to render or animate and it’s not too big of a file for Maya to handle. 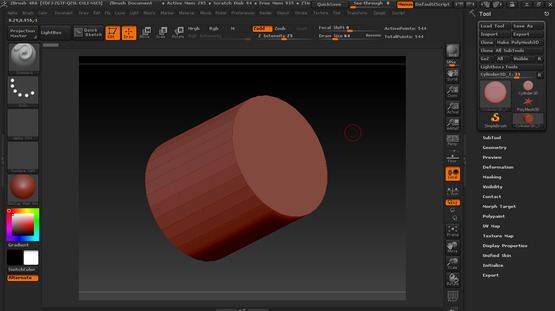 Zbrush is another well known 3D sculpting program. Zbush has a lot of the same features as Mudbox and more. I really like what I've seen in Zbrush after having used it for a little bit. The sculpting feels a lot more fluid than it does in Mudbox, and the feature Dynamesh is very useful as well. Dyamesh allows you to add more resolution to your sculpt so when you over-stretch your model you can use Dynamesh and Zbrush to add more resolution. I feel like once I find out more about Zbrush I'll end up loving it, but one of my biggest issues so far is the interface. The interface, shortcuts, and layout is a little frustrating. The naming of tools doesn't really help. For example, I thought the layers did the same thing they did in other applications but I was wrong. What I was looking for in Zbrush was something called subtools to add and edit new objects. There's a lot of things that add up and make the program very difficult for new users, even if you've been working in 3D for a while.

Zbrush also has a retopology feature, but I prefer Mudbox's retopology feature. I had a lot of trouble in Zbrush with edge spirals. In 3D you have these things called edge loops that wrap around your model. They're easier to work with, especially in animation and games. When you go to retopologize your model, sometimes spirals appear. It becomes very messy and it's impossible to use it in animations and games. There are ways to attempt to fix it and clean it up, but for the most part there's no way to control when Zbrush does it. It's still a strong tool to use within Zbrush, I just prefer Mudbox's retopology feature.

One of the things I really like about Zbrush are Zspheres. They're a way to quickly rough out a form or shape. I've seen a lot of people very quickly rough out the base for a human or creature and then begin sculpting the detail. It's a really nice feature because you don't have to import a base mesh to sculpt on top of. With Mudbox and other sculpting applications you have to have something roughly modeled. This can be inconvenient and limit creative ideas.