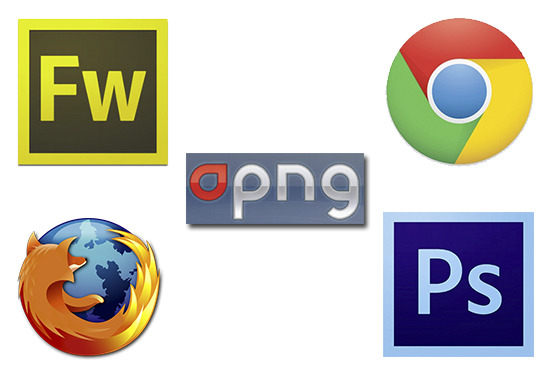 GIF files have become very popular on the Internet. They are used for moving logos for websites, capturing funny moments from Television shows and movies, and are used in memes. GIF files are fun files to mess around with and create animated loops, but as a lot of people may notice, GIF files aren't the highest quality. They can become very pixelated and grainy. So what do you do if you want to make a higher quality GIF? There's a very useful file type known as APNG files that can be used instead.

APNG files are Animated Portable Network Graphics, or to put it simply, animated PNG files. APNG files support 24 bit color as well as 24 bit transparency. A GIF file has an 8 bit transparency. What that means is that APNG files can handle color better and look a lot smoother when transparent. This is because GIF files have an 8 bit color palette which can give a grainy appearance. Thanks to the higher quality color palette of an APNG file, they make a better choice for artists.

While APNG files are great for high quality looped animations, they don't have the support that GIF files have. A lot of web browsers and programs don't come with support for APNG even though the file type has been around since 2004. If you want to view or use this file type you would have to download one of the compatible programs or web browsers. You can also get a plugin or extension for the programs that aren't compatible. It might not be as supported as GIF files because of the larger file sizes.

There are a couple programs and Internet browsers that have built-in support for APNG files, one of them being Adobe Fireworks. Adobe Photoshop can export to APNG formats, but you have to get a plugin called apngasm. The scarcity of support is also the same with web browsers. Web browsers that support APNG files are: Firefox, Opera, and Google Chrome, but a plugin is needed with Google Chrome. I think APNG is an interesting file type that should be looked into, especially by digital artists. It could make for some interesting small animation explorations!

Two Chloe Niclas works won in a prestigious competition by @AmericanIllust in 2020. She also was commissioned by two high-profile publications. Her artistic style gained notice, and she began honing that style while at CIA. https://t.co/AzYqjmI7UD

Students: Be sure to check your CIA email for info about COVID onboard testingâincluding signing upâfor Spring Semester. https://t.co/wiLBQorF1Z

Happy New Year from the Cleveland Institute of Art! May your 2021 be filled with good health and numerous creative opportunities! #clevelandinstituteofart https://t.co/BBiwLdfHPa