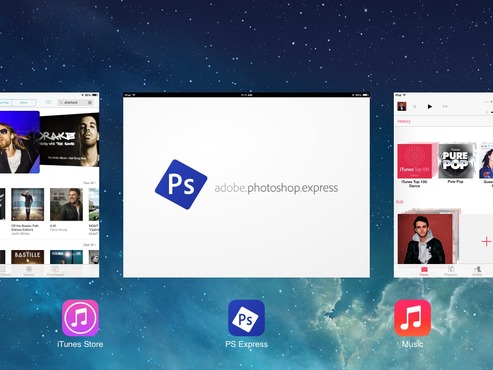 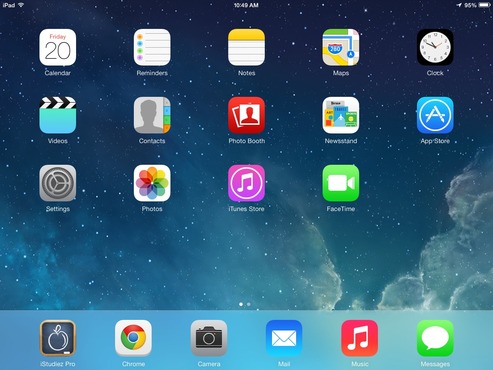 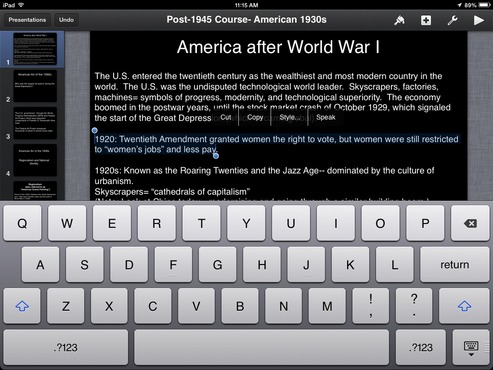 As we know the new Apple iOS 7 has been released. Other than it's new look, iOS 7 offers a few new features such as it's new multitasking, text to speech functions, and a lot of new apps that have had their functionality and visuals updated to match the new iOS. Though with this new update we also have to ask how does this affect us as artists and students?

With the new release I don't see much going on with iOS 7 specific apps for art. I have noticed an app that was redesigned to work better with iOS 7, the Scanner Pro app. The application lets the iPad take pictures like a scanner. This app is very useful for taking scan-like pictures of your drawings or sketchbook, and you can also rework them digitally within the app. Scanner Pro is on sale right now and going for $2.99 in the app store.

Right out of the box iOS offers a text to speech function. It's mainly for the hearing impaired, but it could have benefits for the average student such as having the iPad read an assignment out loud while you work on a drawing.

How Do I Update My iPad?

Go to the "Settings" application. With "General" highlighted on the left, tap on "software Update."