Blog . Graphic Design on the iPad

Graphic Design on the iPad 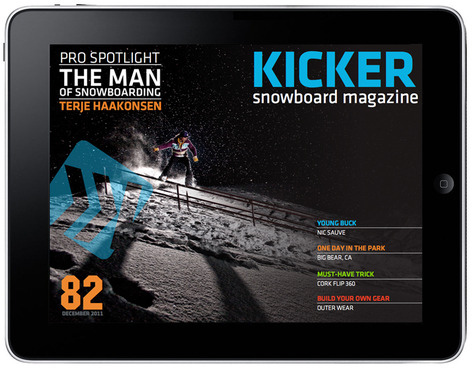 A class at the Art Center's Graphic Design Department recently focused on developing and designing editorial intended for iPad apps. Students created their own magazines and newspapers. They had to create a minimum of three articles, a table of contents, a cover and two covers for future issues. And there had to be interactivity and motion in each story. - Stop the Presses: Students Dive Head First into Editorial for the iPad The students also downloaded and analyzed the various magazine apps already in existence, such as the New York Times, Elle, and The Daily. They considered both the visual appeal, and well how the navigation worked. When creating their own apps, students made sure to consider the interaction of the viewer with the app, and the real-time information that an app can offer and print cannot. A representative from Apple came in to speak to the students twice. The first time he gave a lecture about the basic ideas behind the iPad and what kind of applications we can use as designers. The second time he visited, he showed us how the iPad functions and offered us some technical advice for our projects. Be sure to read the whole interview.